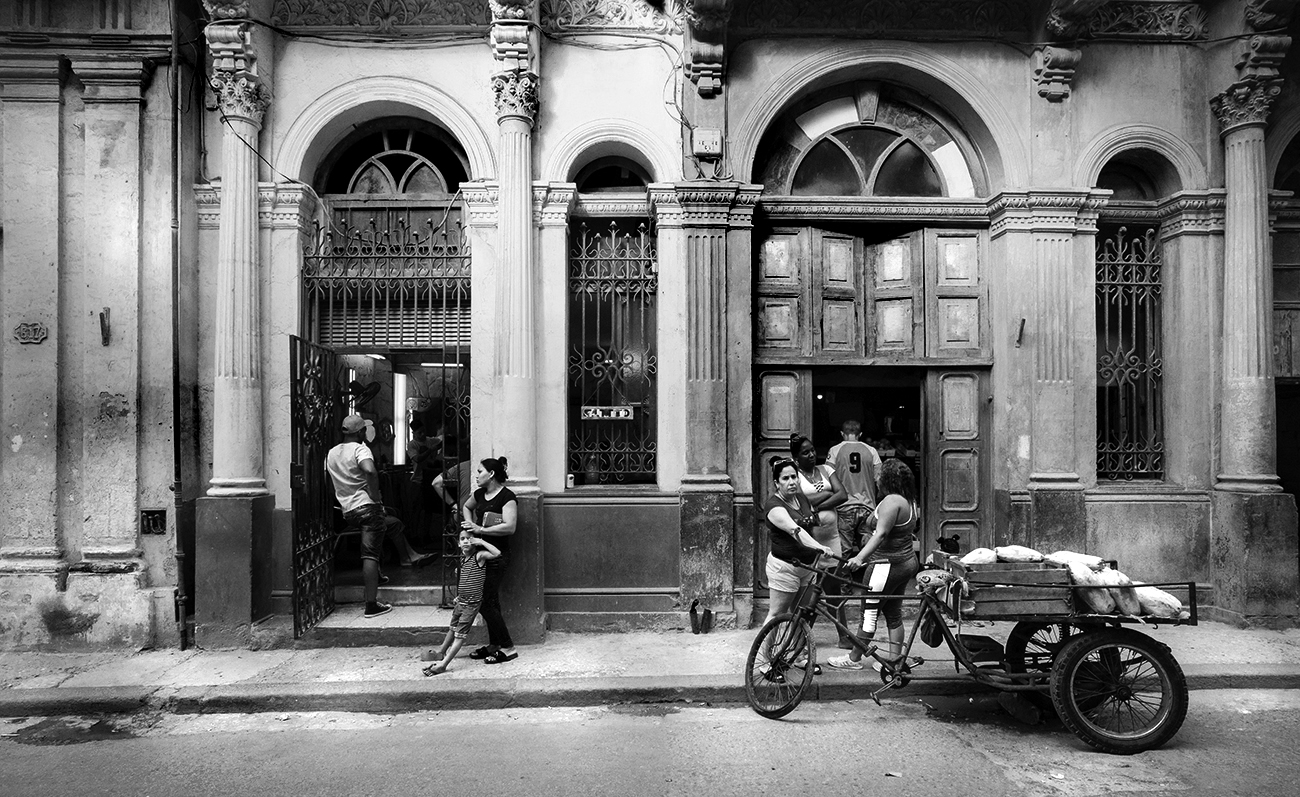 Finally, I was here, walking the streets  of La Habana Vieja, Havana’s Old Town, a place I had only guessed at since my childhood.  It was a signifigant moment for me personally, as I was born and raised in Miami and had watched the city change over the decades.  I had witnessed the first Cuban market open on Bird Road, felt the influence of Cuban businesses opening constantly, and had made many Cuban friends. I had lived through embargos, boat lifts, refugee landings in home-made rafts, Castro and Communism.  You see, I had lived just across the Florida Straights from Cuba for over 50 years, and I could only guess what it was like since I had never visited the place.  Until now.

I knew the photographic possibilities would be immense, but what I did not guess was how welcoming the Cuban people would be to the sight of my lens staring at them. I have improved my ability over the years to photograph locals in foreign spots, with certain areas being easier than others. Politeness, graciousness, and humility are essential to successfully integrate into an area an area when photographing.  Of course, success is varied depending on cultural norms, etc.  However,  for me, the Cuban people have been the most welcoming of any destination I’ve visited.

Being in Havana is like being in a time warp.  Walking through the Old Town I was surrounded by crumbling European style buildings from different historical eras.   American cars from the 50’s,  Soviet-era motorcycles with sidecars from the 70’s, and Chinese-built Rickshaw bicycle taxis from the 90’s continually zipped by me.   The Cuban people keep them all running, necessity dictates they stay resourceful and clever in this difficult environment.  A strange but fascinating scene indeed.

Another fascinating aspect of Havana is its architecture. Walking these streets is a bit like stepping back through European architectural history, albeit in a somewhat “dystopian” environment. Moorish-inspired Spanish colonial style, Italian-influenced Baroque, and French Neoclassical styles are all represented here, in a crumbling and even dilapidated state. Of course, how many major European Capital cities are centered in a tropical environment?  This hot, humid, salt-water environment wreaks havoc on cement. Fortunately, UNESCO declared Havana’s Old Town a World Heritage Site in 1982, providing funds to help Cuba’s government restore and preserve its historical heritage.

Plumbing and electricity can be a bit sporadic at times, as I discovered when I went back to the same cafe for breakfast on my second day here, (after enjoying it the first day) and it was closed because they had no power that morning.  Not unusual from what I was told. And western-style cafes like this are not ubiquitous, so finding another took awhile.

In 2016, the Obama administration took action to ease restrictions on travel as well as on the import and export of goods between the 2 countries that are only 90 miles apart. In response, the Cuban Government opened the door for private entrepreneurship a bit for its citizens, and hip cafes and restaurants sprang up throughout Havana, some similar to what you might find on Miami Beach. The Trump administration abruptly reversed course, returning to Cold-War era restrictive policies which has reversed this slow improvement in the economy. Only time will tell what course the Biden administration will take. Politics aside, I cannot hope that somehow the USA can learn to work with the Cuban government for the sake of an improved lifestyle for the people of Cuba.

In the summer of 1958, barely 6 months before Castro took over control of Cuba from the corrupt dictator Fulgencio Batista, my father, then a teenager in the US Coast Guard, visited Havana with a buddy. The two young men were in awe of Havana, and the streets were teeming with energy and life. In the 1950’s, Havana had become “America’s Playground”, thanks to organized crime investing millions in modern hotels, casinos, bars, and brothels. Batista and his henchmen made personal fortunes during this time from the mob’s investments. The party came to an abrupt end on New Year’s Eve, 1958, when Batista’s forces finally surrendered to Castro and his band of revolutionaries. Castro was against Cuba being what he referred to as “American’s brothel”, and kicked organized crime out of Cuba shortly afterwards.

The 60 year US embargo against Cuba, called “el bloqueo”, (the blockade) by the Cuban people, creates shortages of many products we take for granted. During my time here I entered many little shops and markets, which are hard to identify with terms we use in the States like “pharmacy”, or “hardware” store, as many of the shelves have so few items on them. Many products we take for granted, like tissue paper and snack items, are very rare or simply do not exist here as they are not produced in Cuba, and Cuba cannot import them. Not only can Cuba not trade with the largest economy in the world, but the US also penalizes other Latin American countries if they attempt to trade with Cuba.

To me, this has become a humanitarian issue, as the embargo limits the opportunity for the Cuban people to live their lives at the highest standard of living they can compared to other Caribbean nations. The fact that the fate of the Cuban people now seems to swing back and forth with each successive American presidential election goes mostly unnoticed to most Americans.  Not only are the Cuban people hurt by this out-dated policy, but it is also counter-productive to the American economy, which would benefit greatly from open trade with the most populous island nation in te Caribbean.

But Cuba, and the Cuban people are resilient, and have dealt with hardship for decades now. You can see it in their prideful stature, their easy smiles. The people are truly one of the reasons to come here, and they make due with what is dealt them.  After 58 years of embargo, the longest international embargo in history, what choice do they have?

Prior to Covid, visiting Cuba was certainly possible for Americans, although there were some guidelines to be followed. The Trump administration clamped down on travel to Cuba after the Obama administration opened Cuba up more than at any time post-revolution. Most of these additional restrictions are, however, not much more than verbal maneuvering for political reasons, and has very little practical application. As long as you “play the game”, travel is still not a problem. Since Covid, however, Cuba has restricted tourism and has been pretty successful in limiting the spread of the virus. Airlines are again offering flights starting in January 2021 directly from certain cities in the USA directly to Havana. 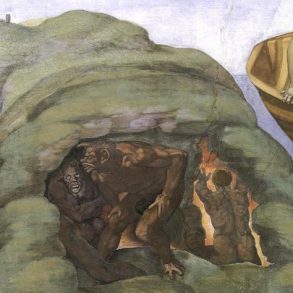