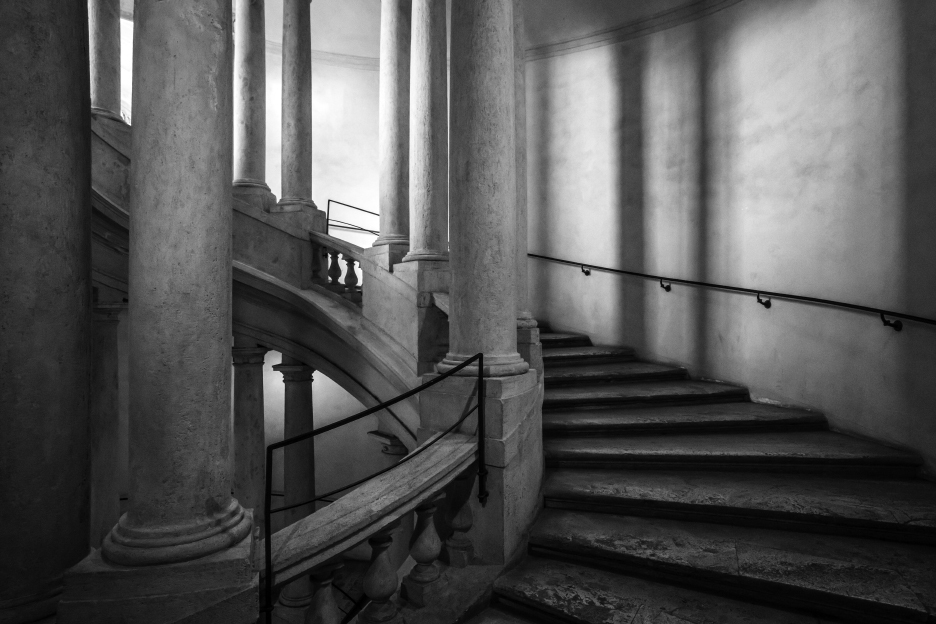 Borromini’s design is “helicoidal”, which means it follows the principle of turning on its rotational axis, as opposed to the far more common circular design.  Each turn of the stairwell comprises 12 Doric double twisted columns, all with capitals decorated with bees, the symbol of the Barberini family.  The stairwell is at its largest on the ground floor, and grows tighter as it gracefully ascends.  It emits strength, and is yet light and graceful at the same time.

In the summer of 1667, Francesco Borromini took his own life.  We know that he was a tortured soul and was notoriously difficult to work with. Known as one of the 3 main Italian Baroque Masters, along with Pietro Da Cortona and the great Gian Lorenzo Bernini — his extreme abrasiveness hindered his career when compared to his 2 principal rivals, which of course added to his anguish.   I read a brief version of his life after viewing his staircase for the first time, and I could not help but wonder if, immediately prior to taking his own life, did he have any idea how much pleasure his work would bestow upon humanity for the centuries to come? 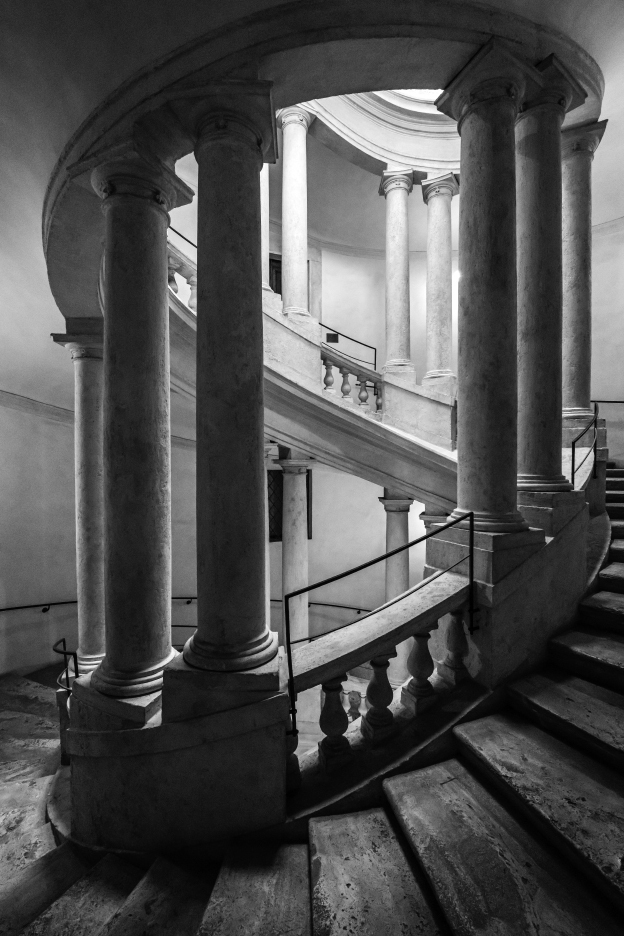 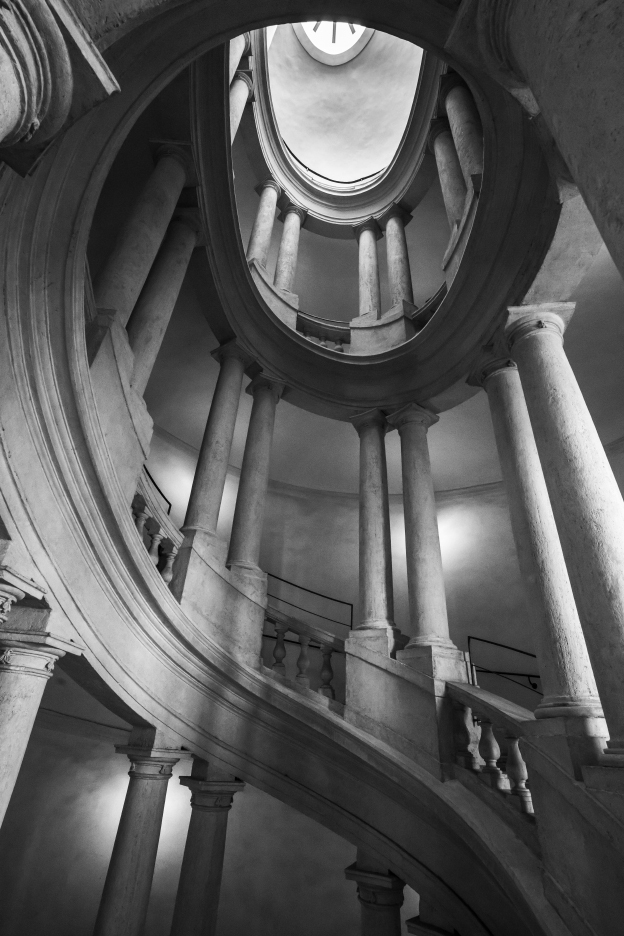 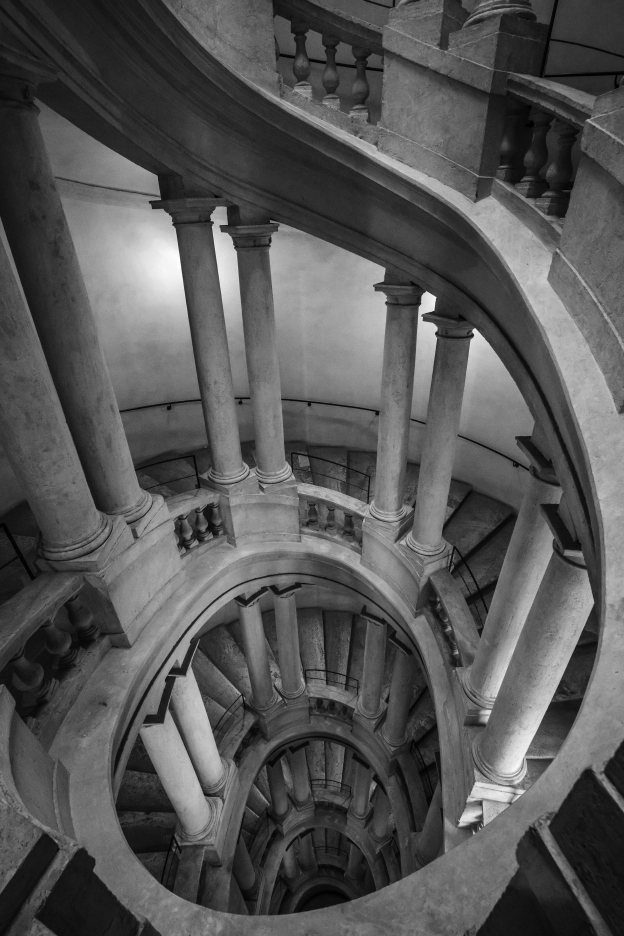 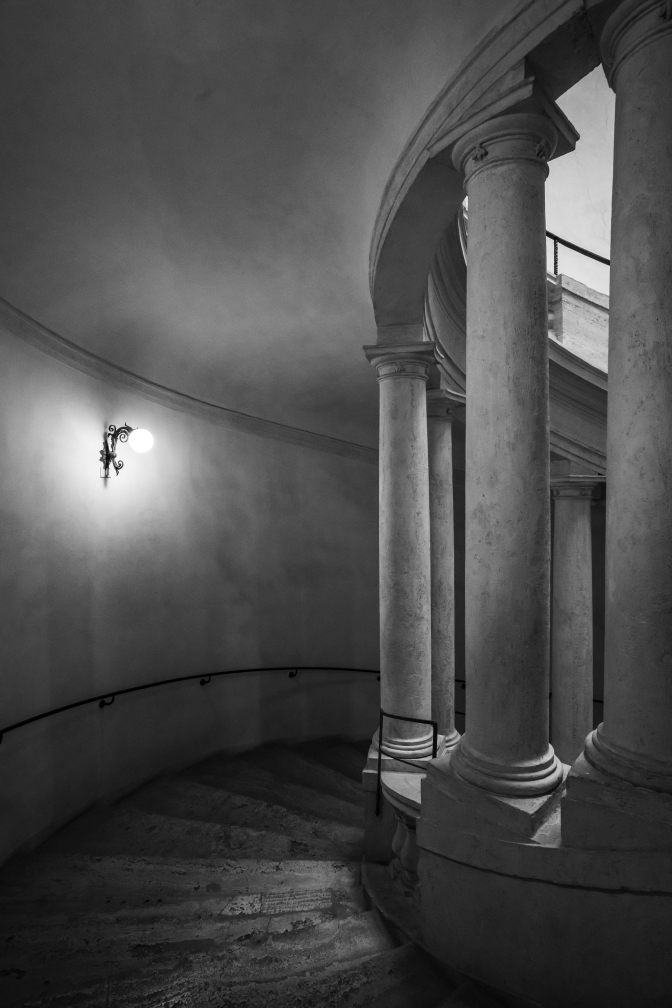 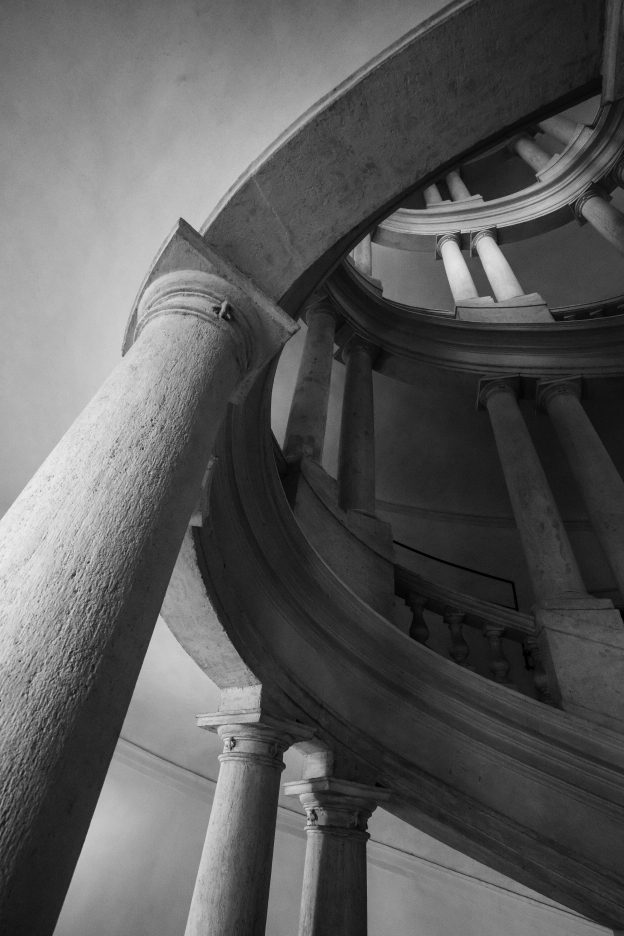 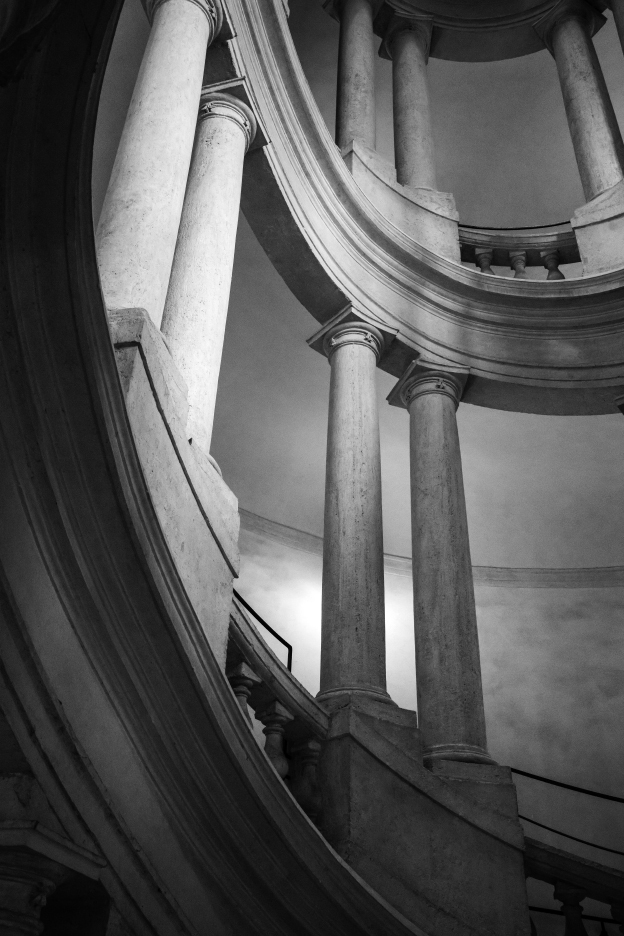 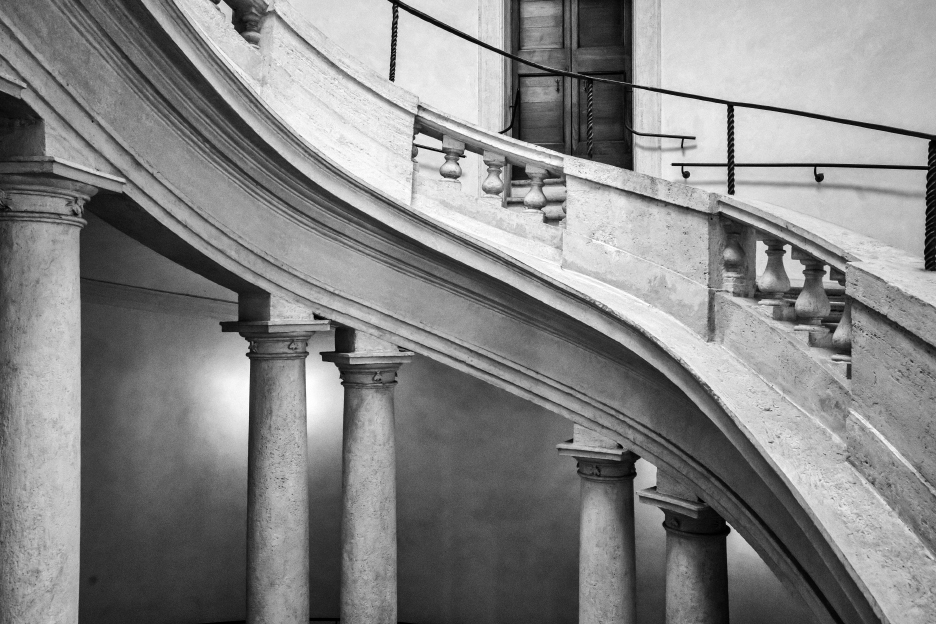 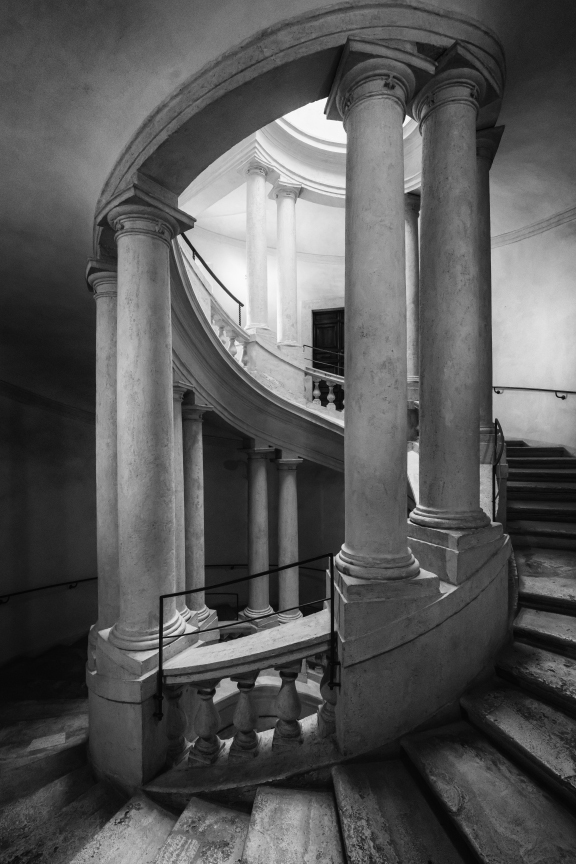