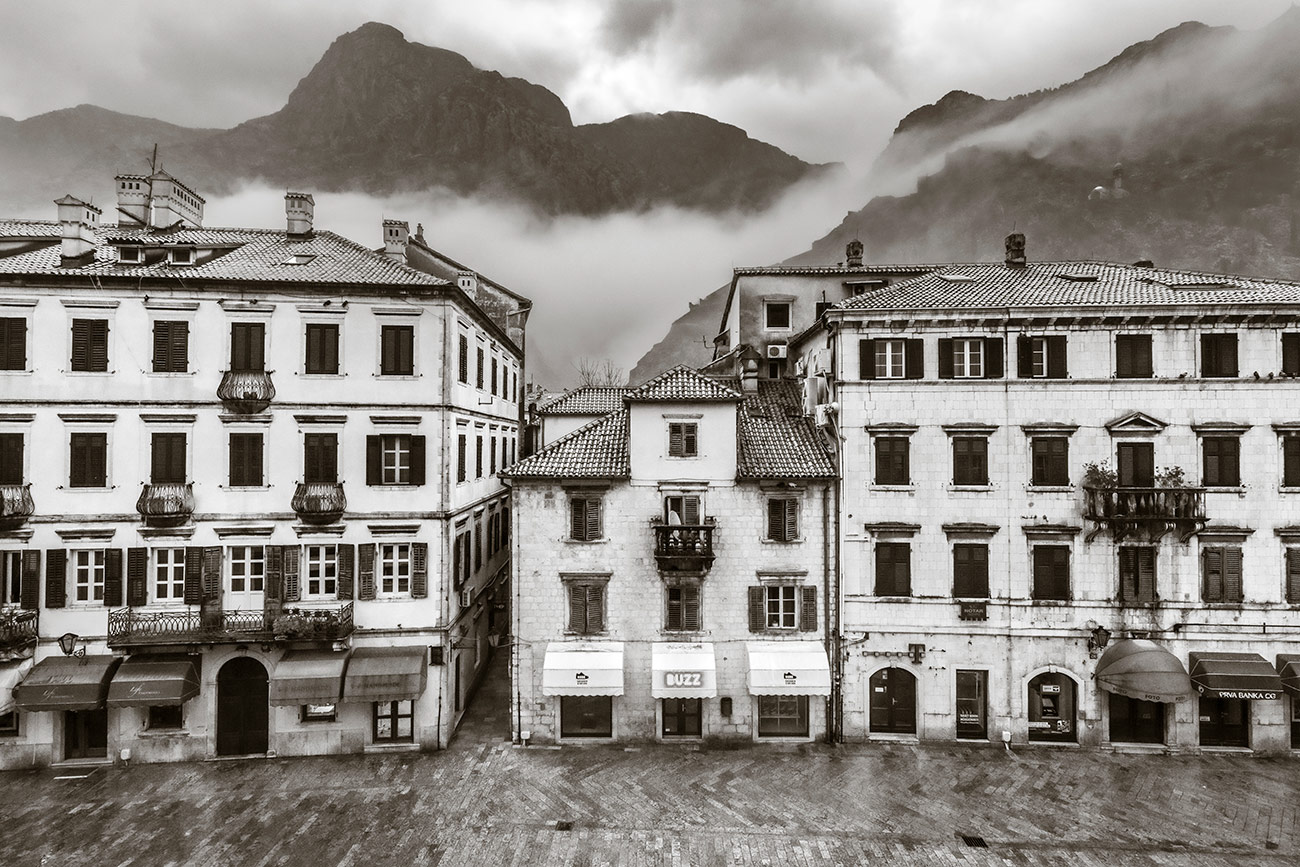 The Black Mountains of Kotor

Dispatch from a Fairy Tale Town

From Dubrovnik, Croatia we journeyed to Kotor, Montenegro, a magical port town on a deep, fjord-like inlet off the Adriatic Sea.  Kotor is darker, quieter than glittering Dubrovnik and is encircled on three sides by steep mountains.

Kotor was settled in ancient Roman times and has a rich and bloody history, having been conquered by various renown empires.  Its Venetian fortifications still stand solid and true.  The town feels medieval with great Black Mountains jutting up behind it like a scene from Lord of the Rings.  They hold a thick, imposing wall and crumbling fortress.  Rob and I walked it after breakfast one morning, and as we climbed, the sun broke open the sky and showered us with warmth.

I stood atop the fortress wall gazing down the long, steep drop and imagined soldiers coming across these mountains, trying to take these walls.  Arrows whizzing down at them from above, while behind, the hard, cold mountains offered scant shelter.  I envisioned a light, young girl skilled at climbing, slim enough to slip through gates, sent on a mission with a hardscrabble crew to deliver a secret message, perhaps to a princess tucked securely away in the town.  My lithe scout would climb the walls under the cover of night.  She would slip inside like a ghost.

This entire place ignites the imagination.

The Black Mountains are strong and deep.  Solid and Mythic.  They remind me of Capricorn, the stony goat.  But there is blood in them and of them.  There is a violence to these mountains I can feel.  Geographically, the Balkans lie at a cultural crossroads between East and West and have known war for millennia.  The people of these mountains have fought the Romans, Venetians, Turks and each other, to name just a few of their foes.  Maybe the name of these mountains signifies more than their color.

On the buses and in the street, the Balkan people are friendly, easy-going, and laid back.  It’s hard to believe they tried to kill each other only a few decades ago.  This region has known much war and many of the people have experienced trauma.  I sense it in the men, especially.  Who knows what they’ve chosen or felt forced to do during the siege of Dubrovnik or the Kosovo war.  Some of them look haunted, and I sense guilt or something beneath their eyes.  Then again, maybe it’s my imagination.  And yet they have all been friendly and welcoming to us.

Signs and a Celebration

Rob and I stayed in a palace.  That’s how it felt.  The Historic Boutique Hotel Cattaro is an 18th-century building in the old town’s square.  It has a superb staff and a somewhat quirky gentle glamour.  Paintings of ships and seafarers adorn its walls.  Its ceilings are sky-high, and the wallpaper and carpet of our room were boldly awash in black and gold, whispering of more opulent days.  Best of all we had three sets—three!—of French doors that spanned our room and opened onto a long balcony overlooking the medieval square and clock tower while the Black Mountains loomed above it all, watching and aware.

They knew I was there, and their presence offered a sense of protection.

Rob and I spent our 20th wedding anniversary here in a town I hadn’t heard of only weeks before, because within a tiny span of time, across two continents, three people had declared we simply must go to Kotor.  We took this as a sign.  January 27, 2020, was a dark and rainy night.  We chose to stay nestled in our warm palazzo rather than venture out, and we drank a bottle of champagne which the lovely staff had gifted us for this special day.  We ordered pizza, played music, and danced in our long, great room while the town’s lights gleamed gold on the rain-slicked stone outside our window, and the mountains breathed above us, alive.

Rob and I were engaged in Rome, and later married in Siena, Italy.  For two decades, we dreamt of where we would celebrate our 20th anniversary.  (We made it 20 years!  Woohoo!)  Rome?  Paris?  Bangkok?  Kotor, Montenegro was never once in our plans.  But, Montenegro is a lot like life:  surprising, mysterious, magical.  Our celebration was simple—pizza and champagne, but it was more moving and meaningful than I had ever imagined.  The whole night felt like a dream.  The whole place feels like a fairy tale.

Kotor will always have an enchanted feel for me, tucked between the mountains and sea, gleaming with a jet shimmered darkness and dancing, golden light. 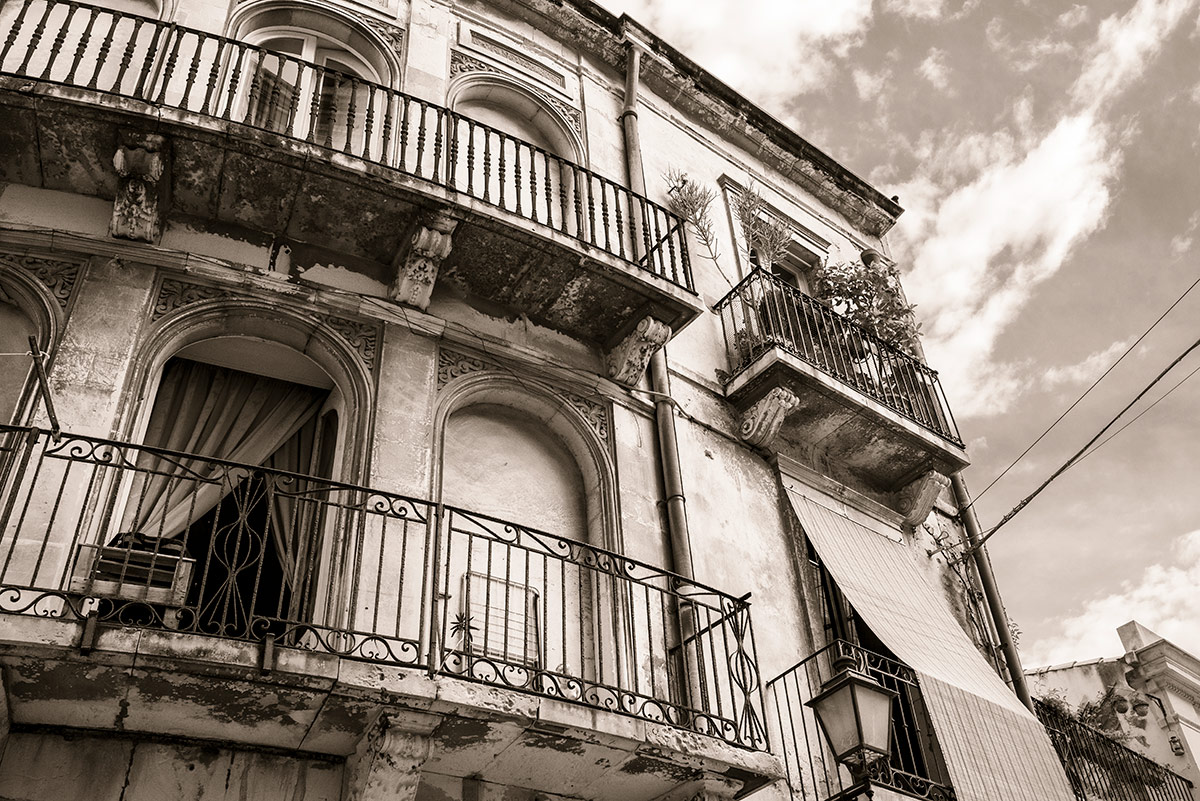