Dubrovnik is a fairy tale city of churches and cupolas, carved stone, water and sunlight, bewitching women and strong men.  We entered late on a January night as a full moon hovered over the town, shimmering on the white stone streets and glistening off ancient walls.  It was cold and dark with the town fast asleep, but the place glimmered with a golden, mesmerizing light.  I was speechless at the beauty.

This ancient town is poised like a jewel on the Dalmatian coast in Croatia, across the sea from Italy.  It dates back to the 7th century CE and has an imposing fortress, walls to rival King’s Landing, and a wine dark sea that stretches into infinity.  One can easily imagine Odysseus sailing these waters.

We arrived in January 2020, a season of bracing winds and bright blue skies.  It was the first month of a new year of a new decade, two decades into a new millennium. January 2020, a time when the planets Saturn and Pluto conjoined in the sign of my moon, Capricorn. An intense yet powerful time for transformations. And oh my, how they are here.

My lovely husband and I have quit our jobs, sold our house, his business and car, and what we haven’t given away, we stashed in storage while we leave not only our former lives behind, but our country too. We plan to travel the world in search of wisdom, freedom, and adventure.

We’ve been planning this for years. Saving our money, selling our possessions, giving things away like books and clothes and kitchen pottery, all to become a little leaner and lighter. Freer. For we are embarking upon a Hero’s Journey. At least, this is how I choose to frame it, for as quantum physics suggests, interpretation impacts outcome.

Our first stop: Dubrovnik, City of Stone and Light. Watched over by Saint Blaise (Sveti Vlaho), saint of miracles, the spirit who warned a slumbering priest of an imminent naval attack and saved Dubrovnik, then Ragusa, from the rapacious maw of Venetian greed in 971 CE. They say every city has its saint (at least in Europe), but in Dubrovnik, St. Blaise has his own city.

This was not lost on me as I roamed the winding streets and walked the high, impenetrable walls overlooking the Adriatic Sea. Fantasy means a great deal to me. It opens our mind to potentialities and infuses our world with enchantment. Power. These forces are alive in our universe even now, and in Dubrovnik they are visually evident in the beautiful store windows of bookstores, a Game of Thrones fan shop, or an illuminated manuscript hidden inside a church museum.

Storm Troopers breathed here. Star Wars grew another strand in its cosmology here, in Canto Bight, as Finn and Rose of the Rebel Alliance embarked upon a secret mission to the casino planet in search of a code breaker who just might help save the universe.

Dubrovnik has known war and siege, and its citizens still remember 1991 & 92, when Montenegro moved against them and shelled them for 8 months. As in times past, the citizens of Dubrovnik sheltered within their impenetrable walls, relying on each other as they struggled with hunger and thirst from rationed food and water. Sacred lives were lost. I have no doubt a thousand prayers were lifted to Saint Blaise. Finally, their enemies retreated, ending the siege. I can only imagine what it must have felt like to walk through the city gates after 8 months of entrapment. A very touching exhibit is displayed in town with pictures of all the brave men who died defending this magical city.

Dubrovnik is a fitting place for new beginnings. Enchanted beginnings, we hope. Of course, change brings risk as well, but so does staying the same. And clearly, it is not only Rob and I that are moving dramatically through a new transition, but the whole world as we know it.

There is no going back, only onward with courage. 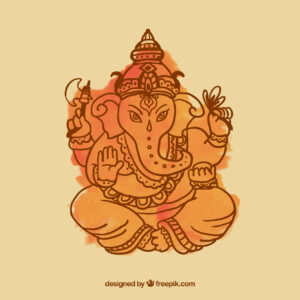 In this new year of a new decade of a still new millennia, may we keep our heads, stay strong and tough, and most importantly have the courage to love the Earth and each other as fiercely as the Mystery loves us.

And to Ganesha, Lord of Beginnings, we thank you.

Described as the “Pearl of the Adriatic” by Lord Byron, and “Heaven on Earth” by George Bernard Shaw, Dubrovnik, situated on the Dalmatian coast, became an important Mediterranean sea power from the 13th century onwards. Over the centuries Dubrovnik has managed to preserve it’s beautiful Gothic, Renaissance and Baroque churches, monasteries and palaces. Damaged extensively in the 1990s by armed conflict, it is now the focus of a major restoration program co-ordinated by UNESCO.